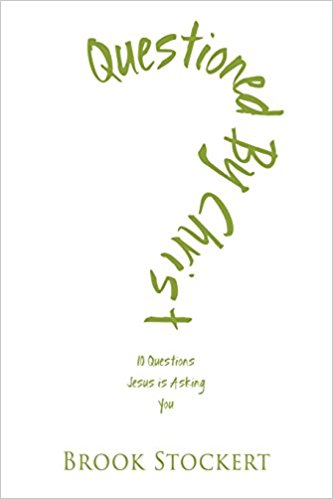 And calling the crowd to him with his disciples, he said to them, “If anyone would come after me, let him deny himself and take up his cross and follow me. For whoever would save his life will lose it, but whoever loses his life for my sake and the gospel’s will save it.  For what does it profit a man to gain the whole world and forfeit his soul? For what can a man give in return for his soul? For whoever is ashamed of me and of my words in this adulterous and sinful generation, of him will the Son of Man also be ashamed when he comes in the glory of his Father with the holy angels.”

I think we’re all faced with some really difficult questions about life at no greater moment than when we lose someone close to us. Tragic events bring us face to face with a reality that affects us all…we are all going to die. Isn’t it interesting, and slightly ironic, that death is the most effective catalyst to cause us to evaluate life?

For me, the journey of truest soul searching began in late December 2013. I can honestly say that my life had rarely been disrupted by loss like it was then.  Sure, I had lost pets, distant relatives, and great grandparents before. Nearly 10 years earlier my grandmother, who I was pretty close to, had gone home to be with Lord. But even that did not compare to losing my father on December 31st, 2013. Two big reasons for that are that I was in a very different place in my life when my dad died and we were as close as about any father and son could be. Other than my wife, he was the one I spent the most time with. In addition to losing my father, I lost my grandfather while in the process of publishing this book. My grandfather and I shared a birthday, lived next door while I was growing up, and had a special bond.  When you lose extremely important people, role models, and friends, it shakes your life up pretty good.

In the weeks following my dad’s death, I helped my mom go through some of his things. At one point I found myself in his old weight room. From wall to wall shelves were filled with trophies and plaques from all of the successes in nearly 40 years of coaching high school and middles school wrestling. It was a spectacle to see. My mom asked me what we should do with them. It was then that I realized that they meant absolutely nothing. They were pieces of metal and plastic. The trophies themselves had zero value to them other than what could be reused if recycled. They weren’t something that my dad could take to heaven with him and they held no significance to those he left behind.

The trophies were not the only memorabilia in there. On all of the walls were nearly 40 years of team photos. Those represented over 1500 high school and middle school boys (including my brother and I) that passed through his care and tutelage. Fifteen hundred lives marked by his words and lead by his actions. While the trophies carried with them no worth, those photographs captured immeasurable value.

The lives my dad was able to influence in this lifetime and career as a teacher and coach have had an effect beyond what any of us could see. Students and athletes of his have carried on lessons he taught them, to their own families, students, and athletes. The lives we touch are always exponential. In the end, trophies and titles don’t validate a person’s efforts in life, it’s the impact we have on others that does. This was confirmed for me in a big way during my dad’s memorial service. We decided to hold it at the high school where he spent most of his career. The gym bleachers were packed! We’re talking around a thousand people. Several of them shared their testimonies of how my dad impacted their lives. I haven’t stopped hearing from people how much he had meant to them ever since.

This leads to several  important questions: what have we lived for? What profit has come from all of my choices, efforts, and sacrifices? Was it all worth it? What exactly does profit our lives according Jesus? Some of these questions, you can only answer for yourself. But as to what Jesus defines as a profitable life is well described within the Bible. Chapter seven of my book  explores the Christ defined profitable life by comparing our life to a movie. Who is the main character in your life movie? Answering that question will go a long ways in unveiling the answers to all the other ones.

It’s never too late to live a profitable life. And you have been made for just that.

Peace in Christ brothers and sisters