“Honor everyone. Love the brotherhood. Fear God. Honor the emperor.”

I’m finding it very difficult to not get bitter towards the media in our nation. Not necessarily because of anything new, but of the consistent manner of its existence. That’s all forms of media by the way. Social, broadcast, print, and chain media alike. In the opening verse above, none of those things occur with much regularity. I understand that not many media outlets run by godly standards, but some certainly claim to. Yet even in those, it’s rare to see people being honored, love being spread, the fear of God being shown, and our nation’s leaders being honored.

I am also aware that all of our presidents have been shady in their own way. They’ve all messed up. They’ve all been imperfect. No president has a spotless foreign or domestic record. And our media sources behave like ravenous wolves out for blood. It doesn’t matter who is in power, the media closely related to opposing ideologies take every opportunity, whether manufactured or legitimate, to attack and ridicule.

It’s expected, sadly, for our media to behave in such a manner. The bigger problem, however, is when individuals operating on their own, mimic the behavior. Gossip and misleading information circulates with rapid speed through our social media. I guess to some extent we can’t blame them since that is what they are being fed. But for those of us who hold allegiance to Jesus and godly virtues, we should not be guilty of the same.

Honor everyone. This is a pretty all inclusive command. We all have people who aren’t honorable in our lives, but that doesn’t excuse any Christian from extending honor to them. That simply means we show everyone that they have value. Whether they act or think like me means nothing. They still have value because they’re created in God’s image just like me.

Love the brotherhood. Jesus said that people will know that we belong to Him by how we love each other. That’s unconditional, sincere, deep seated, servanthood love. And just as Jesus demonstrated, we still love the unlovable in this way.

Fear God. This is probably the most obvious element missing. Godly standards are pushed aside, and in some cases, outright ridiculed. For believers, our faith should be interwoven into everything we say and do. Those around us should know Who and what we stand for.

Honor the emperor. Even though we don’t have an emperor, and even though our president is far from perfect, he’s head and shoulders above any Roman emperor. The worst that any American president has ever done can’t even be compared to the leaders of Rome. Crimes against humanity were a daily occurrence, especially among those who were in power when Peter wrote the words above. To disagree with our leaders is natural. But to disrespect them should not be permitted among those who follow Jesus.

The body of Christ needs to shine a bright light in all three of these areas. Our voices of love and honor need to resound more loudly than the pervasive winds of pessimism and hate that consumes much of what is broadcasted in our nation. Those of you who work in the mainstream media, start where you are. If you have social media, utilize that tool to it’s greatest potential. For all of us, let’s be a beacon of love and honor wherever we are. 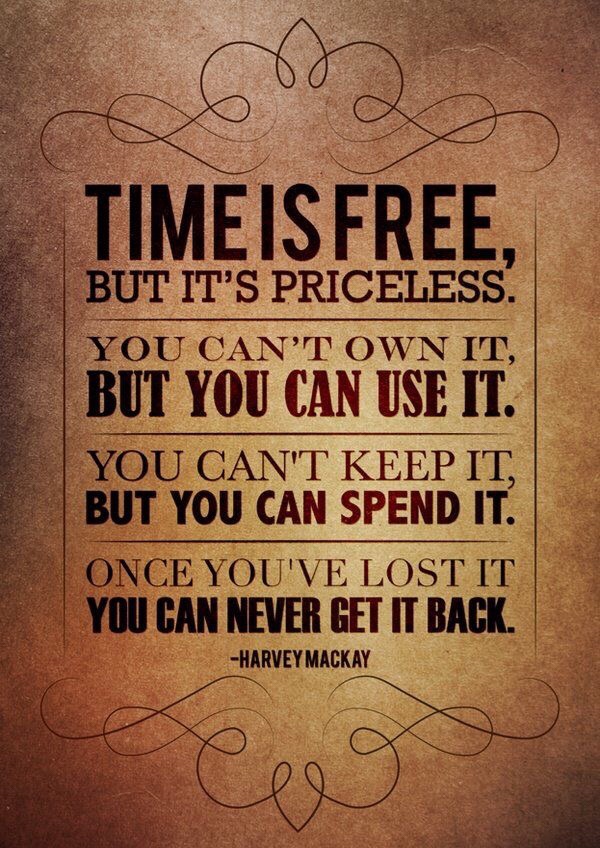 Occasionally I take time to drink in the measure of my life by evaluating how I spend my days. I have a wife, two little girls, a Golden Retriever, a career, and a separate business. Saying I am busy is a drastic understatement. But busyness does not equate to effectiveness.

I sat down to write this following some devotional time with my girls. No super deep theological discussions came out of it. I had to ask one of my girls to come sit down multiple times. But we watched a short video and followed it up with a bible story and prayer. It was only 10 minutes of my day, but it could have eternal value. Most of the rest of the day could consist of cleaning up after two girls and two dogs (I’m pet sitting a second Golden retriever). Sometimes life feels like survival mode. Sometimes the end of the day comes with little recollection of what I actually accomplished that day. But it’s up to each of us to take control of how we spend our time.

We all have responsibilities. We all come across uncontrollable circumstances that demand our attention. But we all have the ability to determine our mindset and purpose. Those two things thread through everything we do. For example, I get to choose to be thankful for every moment with my children. That’s the mindset. And I can choose to look for teaching moments, both in the ways I behave throughout the day and how they behave. Dozens of ‘teaching moments’ arise every day with kids, especially little ones. Many of those moments are repeats from the day before, or even from earlier that day. If that’s my purpose, and my mindset is thankfulness, then my day will never be a waste. That’s only one example but it can be applied to anything from our marriage to our career.

So much of my life has been wasted. I know that now. Not because of sleep. Sleep is never a waste, even though I’ve kind of lived that way (I don’t sleep a lot). What I am talking about is all the time I’ve spent playing video games, partying and drinking in my youth, vegging out in front of the television, going over stats on ESPN, and fussing and fretting over so many things. I can’t even calculate the time lost. I’m glad because it would probably depress me.

The passage in Haggai is a stark reminder of how many people live their lives. A lot of what we do in life goes into a bag with holes in it. We sit in our beds at the end of the day and can’t think of anything done that day that pointed someone to Jesus, that served the needs of others, or that demonstrated unconditional love.

How do you determine a successful day? How much you earned? How many pleasures you satisfied? What new things you accumulated? Unfortunately, that’s how much of the world measures success. But that’s not God’s measure of successful living. That’s measured by the lives we impact on a spiritual and eternal scale. And that can best be done by the example we are showing with our lives.

We are going to be asleep for a quarter to a third of our lives. Let’s not waste the rest on our selfish desires. Instead, let’s spend that time loving well, both God and our neighbor.