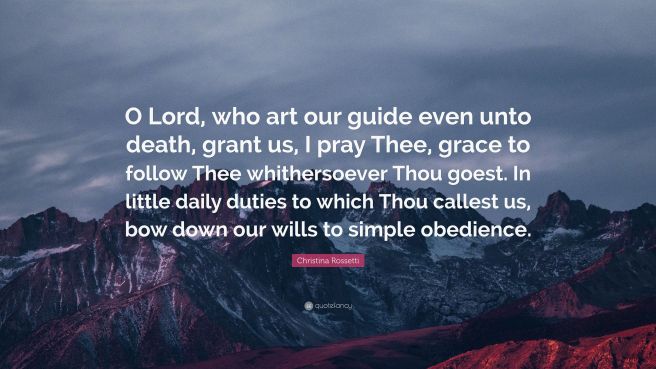 The life of a Christian is not for the faint of heart. We are outcasts in a fallen world. We are counter-cultural no matter what culture we are surrounded by. We are a minority in the world and always will be. We don’t drift with the ever-changing tide of society. Because of that, we are shunned, rejected, disliked, and even hated and killed. According to a worldwide ministry called Open Doors, every month around the world 345 Christians are killed for faith-related reasons, 105 Churches and Christian buildings are burned or attacked, 219 Christians are detained without trial, arrested, sentenced and imprisoned. That amounts to an average of at least 11 Christians being killed every single day. Even in the wake of all of that hate and discrimination, there are still over 2.3 billion people in the world who identify as a follower of Christ. It is the largest and fastest growing faith in the world.

Here in the United States, we are being labeled as bigots because we stand for sexual purity and the God-given identities of every human being. We are called misogynistic because we value the life of every pre-born child and stand against abortions. But even in the face of the rise in discrimination, we have not had to claim Christ even unto death. It is always important for believers who are outside of the shadow of death, to pray for those who constantly live there. Our brothers and sisters around the world need us to link arms with them and wage spiritual warfare alongside them. One day, it may be you and me who are in the shadows. Will we stand firm, even unto death?

And pray in the Spirit on all occasions with all kinds of prayers and requests. With this in mind, be alert and always keep on praying for all the Lord’s people.

The following is a story from Voice of the Martyrs:

In Albania, the first self-declared atheist state in the world, a young Christian by the name of Valerii Nasaruk was arrested for boldly tattooing a cross on his hand. He wanted everyone to know from the first handshake that he stuck to his faith in God. Valerii was frustrated, however, by not being allowed to verbally tell others about God’s love.

At the trial, the judge told Valerii’s mother, “Tell your son to change his ways so he can go free.” She thought for a while before responding through tearful eyes, “Valerii, my advice to you is to stand firm and not deny Christ, even if it means your death.” In a subsequent letter to the underground church, she wrote, “I attended the trial, which was so hard on me. I wished I could have taken his place. The hardest thing was when they asked me in court to advise Valerii to change his ways, but I could not do it. The world accuses us, his parents, for his being sentenced, saying it is the result of our influence. Even some Christians can’t understand why I did what I did, but then I remember that Jesus was misunderstood. When I struggle with depression, I am reminded that Peter advised Jesus about saving his own life. God gives me the power to bear everything. Please pray for me.”

Can you imagine being Valerii’s mother and making that statement to your child? Can you imagine facing death simply for what you believe? All too many people around the world can.

May I never boast except in the cross of our Lord Jesus Christ, through which the world has been crucified to me, and I to the world.

This is reposted from Voice of the Martyrs

Pray also for me, that whenever I open my mouth, words may be given me so that I will fearlessly make known the mystery of the gospel, for which I am an ambassador in chains. Ephesians 6:19–20

When Ercan Sengul committed his life to Christ in the Muslim nation of Turkey, some saw it as turning his back on his heritage and nation. When he said that he would do anything for God, he had meant it then. But what about now?

Ercan sat in a dark, dank prison cell surrounded by cell mates. He had been arrested by local police who said that he’d “insulted Islam” by distributing books for a Christian publisher. Ercan cried out to God, begging to be rescued. He knew that he’d done nothing wrong and didn’t deserve to be there. “You said you’d do anything for me,” God whispered to Ercan’s heart. “Did you mean it?” Broken before God, Ercan wept and worshipped. He told God in his heart, “I really meant it.” Ercan began to preach three hours each day in prison. He learned that God allowed him to be imprisoned to give him a new mission field! Ercan was in prison for thirty days until witnesses admitted that police had pressured them to sign statements, and the judge found no evidence of any crime. The arrest has furthered Ercan’s witness. Since his release, many who shared his cell have visited his church, asking about the God who gave him peace while locked in prison. Ercan still joyfully gives out Christian books, knowing he could be arrested.

Most Christians would admit that suffering is not exactly what we have in mind when we say we want to be used by God. Sure, we want to live out our faith—but not to the point of persecution. We resent being overlooked for promotions at work or excluded from social events. We feel slighted. Cheated. Ripped off. However, we must be willing to prayerfully seek God in the midst of our desperation. The moment we do, we find prayer changes our perspective. We begin to see opportunities for growth. We receive hope. We find promise amid pain. Eventually we begin to discover our current situation, however unfair and undeserved, may be part of God’s plan after all. When we pray for God’s perspective on persecution, we find the courage to be obedient at all costs.

This is from an article I read in Voice of the Martyrs.

You were taught, with regard to your former way of life, to put off your old self . . . and to put on the new self, created to be like God in true righteousness and holiness. Ephesians 4:22, 24

The prisoner was brought before the deputy commander, a harsh, angry, red-faced woman with broad shoulders. “So, you have been speaking to the prisoners about God again. I am here to tell you it must stop!” Her face illustrated the rage in Communist prisons in Eastern Europe.

The prisoner stood quietly but steadfastly. She informed the commander that nothing could stop her from speaking about her Savior. The commander raised her fist to strike the prisoner, but suddenly stopped. “What are you smiling about?” she demanded. “I am smiling because of what I see in your eyes.” “And what is that?” “Myself. I used to be quite impulsive, too. I was angry and used to strike out until I learned what it really means to love. Since then, my hands do not clench into fists anymore.” She continued, “If you look into my eyes, you will see yourself as only God could make you, just as he did with me.” The prisoner could see how her former self might have defended her rights, returning insult for insult. However, because of her new life in Christ, she only showed kindness and gained the right to continue her witness. The commander’s hands dropped to her sides. She seemed completely stunned and said quietly, “Go away.” The prisoner continued to witness for Christ throughout the prison, with no more interference from the deputy commander.

The commander’s attempts to rile the prisoner were like arguing with a dead person. It was as if she were trying to provoke a corpse. Finally, the commander saw the prisoner for who she really was: a new creation in Christ. The old person that would have once responded to hatred with more hatred was gone. In its place, the prisoner allowed the commander to see only Christlike repose and kindness. In the same way, we must see ourselves in a new light. We are no longer bound to respond to our enemy with worldly animosity. We have died to the former way of life. When you are poked, prodded, and provoked by the enemy to act unbecomingly, take a lesson from the prisoner in this story.