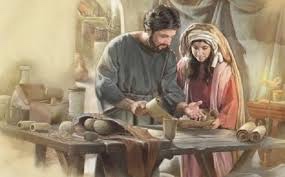 “He began to speak boldly in the synagogue, but when Priscilla and Aquila heard him, they took him aside and explained to him the way of God more accurately.” Acts‬ ‭18:26‬ ‭ESV‬‬

Our topic of discussion in this post is quite opposite from that of our last post, but also quite the same and other ways. The person of Priscilla to mention a half a dozen times throughout the New Testament. Her name, along with out of her husband Aquila, is of Roman origin. It is believed that they both had strong connections with Roman families of good standing. They were tent makers, and as merchants they were able to assist those who were spreading the gospel in the first century, namely Paul the apostle. They were from a Roman culture, but most definitely not of that culture as was displayed by their life. Biblegateway comments on the unique couple as follows:

As Priscilla is always paired with her husband, Aquila, it is difficult to separate her and place her on a pedestal of her own. Their two hearts beat as one. Harmoniously, they labored together in the service of the church. They walked as one for they had mutually agreed to put Christ first. In the six references where both are mentioned, the name of Priscilla comes first in three instances, and Aquila first in the other three. They are never mentioned apart.

Priscilla was a model of the Christian woman. She served alongside her husband, unified in cause and purpose. She would have played a significant role, not only in helping Paul, but even discipling Paul. Her and her husband were on the front lines. While Paul new doctrine, Priscilla and Aquila knew servanthood. From what we know is scripture, Priscilla was along the missionary journey with revolutionized the world. Along with her husband and the Apostle Paul, she went to Ephesus and to Rome assisting in every way. As a missionary she scattered the good seed of the Gospel wherever she went. You can read about her exploits in passages like Acts 18:18, Romans 16:3, and 2 Timothy 4:19.

Priscilla’s faith demonstrates a mind set on the greater purposes of life. I don’t know her story leading up to her rendezvous with Paul, but it had to be one of divine encounter. Priscilla and her husband were fully walking in the things of Christ by the time Paul reached them. Their lives were wholly devoted to taken care of others and spreading the good news of Jesus. While her background makes her different from Mary, her life of service and surrender makes her similar. In a “man’s world” of the first century, Priscilla succeeded in both business and, most importantly, ministry. She is one of the greatest examples we see that took the call of Jesus to go to the ends of the earth and make disciples.

In many ways, Priscilla reminds me of the faith in my own wife. God has blessed me with an incredible woman of faith. Her heart is for missions and the spread of the gospel. She loves greatly and serves with her life. She loves Jesus and makes Him known.

The world needs more Priscillas and Aquilas. Men and women who live only unto the Lord. Couples who are one in purpose. Couples who are doing all they can to further the good news of salvation in Jesus.