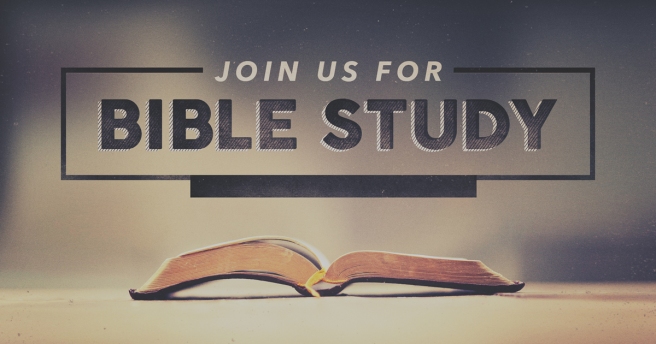 Have you ever stopped to think about how Jesus would respond if He walked into your Bible study gathering? Would He feel welcome? Would He be honored by what He saw? Those may seem like rhetorical questions, but they really aren’t. I think that there are Bible studies, or “small groups” as they are often labeled, out there that would not like Jesus to walk through the door. Or they would at least be in for quite the shock at what He may have to say. Why is that the case for some groups out there? Maybe because they are misrepresenting Him. Maybe because they are straying from the foundations of their faith. Maybe because they act as an exclusive group. Maybe the Bible isn’t really much of the focus in the first place. Maybe Jesus isn’t even their focus.

Allow me to give some examples of what I’m referring to. I know groups where alcohol is a big part of the gathering (and it’s not for taking communion). I know groups that are pretty closed off to outsiders or those with different views from the majority of the group (Heaven-forbid a non-believer come to Bible study). I’ve been to Bible study groups that talk about most anything other than the Bible (it’s more of a social club). I know of groups that are so legalistic and focused on the Old Testament that Jesus is rarely (if at all) mentioned (The irony).

What would Bible Study with Jesus look like? I think we can know the answer to that by taking a look at His life. Read about what He did when He was with people. Jesus was constantly talking about the word. His mission was to gather outsiders and love on people. Jesus brought the liberating truth. He prayed, He served, and He inspired hope. He saw people for who they were and called them into something so much better. He loved the least of society instead of turning His back on them. Jesus lead and loved from the heart of God. I think Jesus-inspired Bible studies would look something like what they did in the first century when those who had experienced Jesus met with one another.

They devoted themselves to the apostles’ teaching and to fellowship, to the breaking of bread and to prayer. Everyone was filled with awe at the many wonders and signs performed by the apostles. All the believers were together and had everything in common. They sold property and possessions to give to anyone who had need. Every day they continued to meet together in the temple courts. They broke bread in their homes and ate together with glad and sincere hearts, praising God and enjoying the favor of all the people. And the Lord added to their number daily those who were being saved.

I don’t think it’s ever a bad idea to do a little reflection on our churches, our gatherings, and our relationships to make sure they are reflecting the One whom we love. Who knows…a new shot zeal could rise up among us. We could get a new sense of purpose for why we meet and why we do what we do. That sense of belonging in Christ and the new identity that we have could be revived among us. Our eyes could be turned more to those around us, to the hurting, the broken, and the lost. A new devotion to the mission of love and truth could spring up in our hearts. We could put Jesus more on display for each other, and especially for those who don’t know Him. Who wouldn’t want that?

Peace in Christ brothers and sisters!