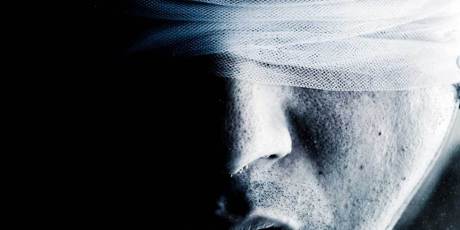 I really struggle with how much evolution is plugged into our society today. Not because I have a problem with science. I love science. God created science. Yet our public schools are presenting theories as truth which has either been disproved or has no factual evidence to justify it. I’m not going to pretend that I am an expert. I’m far from it. But it doesn’t take an expert to see the major gaps in what is being taught, not just in schools, but in media as well. Of course, I am biased. I am a Bible believing, Jesus loving, Christian. That’s because Jesus has changed my life, God has shown me my value as His child, and the Bible is the most reliable source I know. Even without that bias, I would find evolution wanting on so many levels. I have felt for some time now that I need to share what I’ve found in my journey to understand origins and meaning. I would like to think that I would never be opposed to something that is true. For that reason, I don’t believe things blindly. Here is a simple, not exhaustive, list of why the theory of evolution would require just that…blind faith.

Evolution does not provide for origins of the so-called single-celled organism that can, all of a sudden, know how to replicate and create new species.

There is no proof of macroevolution ever taking place at any point in history. Macroevolution is based on the “creation” and “introduction” of new novelties of biological chemistry which is impossible without outside involvement. Hence a designer.

There are zero “missing links” in the fossil record showing the transition from one species to another.

Evolution, by definition, is based on the creation of a new kind of species from genetic information that never existed beforehand. That has never happened, been observed, or reproduced.

Paleontologists have based much of their theory on “cavemen” from partial skeletons, teeth, bones, etc…and filled in assumptions.

Humans have 1400 novel genes that apes do not. There is no possible way we are related.

Radioisotope dating cannot be accurate without knowing how much radioactive material was in the rock when it formed. Since none of us were around when the Earth was made, that is impossible to know. Carbon dating is based on faulty assumptions as well.

Ernst Haeckel’s drawings of embryos (which are still in public textbooks) have been proven as fake. They were doctored to look similar.

The universe must have a beginning but evolution makes no explanation of that.

Evolution is based on organisms propagating its own design, which is impossible with sexual reproduction due to the sharing of genes between mates and the existence of recessive genes.

All mutations known to man have had no positive effect. Therefore, evolutionary mutation cannot lead to any new or improved species. In fact, it has been proven that genetically, species regress not progress. That means, as things change over time, there is actually a loss, not a gain. (Yes, that means we are actually not as smart as the first humans. That’s another hit on the caveman theory.)

Bacteria mutate, and so do fruit flies. But never have they ever changed to anything but bacteria and fruit flies.

There has never been any shifting of shapes in the fossil record, therefore no evidence of change occurring.

Evolution violates the second law of thermodynamics which states that things start out concentrated and spread out over time. The natural process bends towards equilibrium and disorder, which is the opposite of what evolution presents.

Evolution also violates the law of Biogenesis which states that life only comes from life.

This is only a taste of the holes in the evolutionary theory, which has changed so many times to try and cover faulty science. Assumptions and theorizing aside, everything we know about science points to intelligent design. The natural world, space, our bodies, everything is screaming creation. In Luke 19 Jesus said that even if we stay silent, the very rocks will cry out in praise of Him. Psalm 19 says that the heavens declare the glory of God. In Romans one, it says that since the creation of the world God’s invisible qualities–his eternal power and divine nature–have been clearly seen, being understood from what has been made. I am not a Bible-believing Christian despite science. Science has only gone so far as to further the evidence that what the Bible teaches is the reality.

The Bible tells us that we are fearfully and wonderfully made. We aren’t accidents. We aren’t the product of mutations and biological improbabilities. And we certainly aren’t related to monkeys. You, dear reader, hold God’s affection. He made you for a purpose. You have a place in this story and your life matters. Evolution would tell you the exact opposite, without reason, and without proof. There is a God, and He loves you more than you could ever know.

For we are God’s masterpiece. He has created us anew in Christ Jesus, so we can do the good things he planned for us long ago.