The feast of Tabernacles is underway for 2019. A couple of nights ago my daughters and I set up our makeshift tabernacle in our backyard. We look forward to it all year long. Throughout the rest of this week we will get to sit under the tabernacle and talk about the amazing God we serve. My wife and I will share stories with our children of how God came through in big ways in our lives. We get to teach them about restoration and hope. For our kids, they get to hear how God is real in their parents lives. As they get older, they’ll have stories of their own. It’s a week out of the year that has value that cannot be measured. It’s one more way for my wife and I to explain to our young children who Jesus is and why He came to Earth. As a parent, there is nothing more valuable that I could teach them.

In 2011, two years before our first daughter was born, my wife and I began learning about the feasts of the Lord. Even though I had been a Christian all my life, these were pretty new to me. I had never studied or observed them prior to 8 years ago. Did that make me any less of a Christian? Not in the slightest. Did that make me any less saved? No a chance. However, I have come to realize that I was missing out on a huge opportunity to worship and learn about my Savior beyond the boundaries of church, small groups, and personal devotions. Now I am so thankful that my children will not have the same experience. They will get to learn about Jesus in a more full way than I did and how the scriptures present Him through intricate foreshadowing. After all, the feasts are all about Him.

When John chose to introduce his readers to who Jesus was, he selected a specific image that all Old Testament readers would have been very familiar with. He chose the tabernacle. The tabernacle itself was always meant to be a piece of Eden. Since humanity was exiled from the garden because of sin, our hearts have been longing to return. And for God, that’s His end game. Eden was the place where heaven and earth overlapped. It was where God walked among man. And when that came crashing down as man invited sin into his heart, God has set into motion a plan to restore humanity and the world to its rightful design. After God rescued Israel from bondage in Egypt, He established a special covenant relationship with them. In doing so His presence would once again be among men. This time, it would be housed in a tent of meeting. Everything with in the design of the tent had garden imagery from the tree of life to the very stitch of the fabric. It served as a reminder of what we had forfeited and where God was drawing us back to.

It’s no wonder that Jesus would be described in a way that drew readers focus to the tabernacle. In comparing Him to the tent, readers would have to reconcile several things. One, that Jesus was the way to get people back to the garden. He would be the tool of restoring humanity and all of creation. Two, that God was fully embodied in the person of Jesus. And lastly, that in order to seek out God, everyone would have to go through Jesus. Those are the realities that we get to teach our kids about who Jesus is.

“In the beginning was the Word, and the Word was with God, and the Word was God. He was in the beginning with God. All things were made through him, and without him was not any thing made that was made. In him was life, and the life was the light of men. The light shines in the darkness, and the darkness has not overcome it. There was a man sent from God, whose name was John. He came as a witness, to bear witness about the light, that all might believe through him. He was not the light, but came to bear witness about the light. The true light, which gives light to everyone, was coming into the world. He was in the world, and the world was made through him, yet the world did not know him. He came to his own, and his own people did not receive him. But to all who did receive him, who believed in his name, he gave the right to become children of God, who were born, not of blood nor of the will of the flesh nor of the will of man, but of God. And the Word became flesh and dwelt among us, and we have seen his glory, glory as of the only Son from the Father, full of grace and truth. (John bore witness about him, and cried out, “This was he of whom I said, ‘He who comes after me ranks before me, because he was before me.'”) For from his fullness we have all received, grace upon grace.” John‬ ‭1:1-16‬ ‭ESV‬‬ 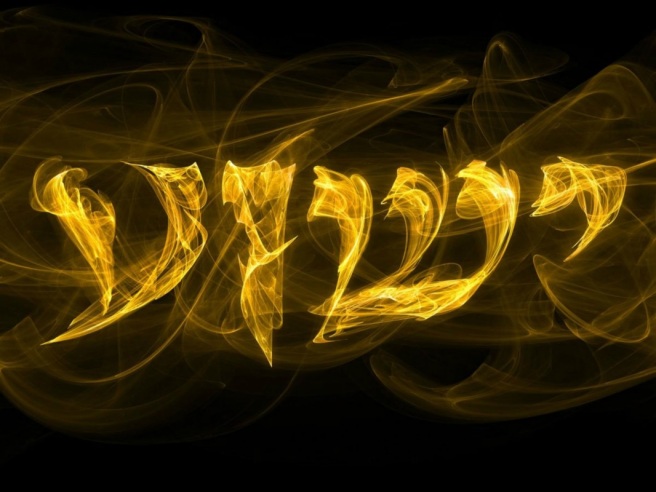 The book of Exodus is so rich in Messianic prophecy. Already we looked at the identity of the Messiah through the title of the “I Am” and an ancient celebration that God established to be a picture of the purpose and power of the Messiah. I feel like we’ve only skimmed the surface. So much more is left to discover, even with the topics already covered.

A couple posts ago I shared my experience during the Feast of Tabernacles this year while sitting in my backyard. It was an awakening of sorts…a major redirect…because it was an encounter with the very Messiah we’ve been studying in this series. The Feast of Tabernacles is one of seven High Holy Feasts that are laden with prophetic meaning about our Messiah. I’ll cover more about it when we get to the book of Leviticus in the next month or so. For now, I want to talk simply about the Tabernacle itself.

The Tabernacle is also referred to as the Tent of Meeting. The instructions for this building project were given by God, to Moses, during the period they met on the mountaintop after crossing the Red Sea. These instructions were among many that Moses received during the Exilic phase of Israel. Many people just read over these chapters in Exodus because they don’t understand them or see the importance. I admit a blueprint isn’t the most invigorating read. But we can’t disregard the fact that six full chapters are devoted to the layout of this building. SIX. That’s more than the 10 commandments which would’ve been given at the same time. I’m not saying that the Tabernacle is more important than the 10 commandments, but they should not be tossed aside as unimportant either. They tell us as much about who God is and who the Messiah is as any of the 10 commandments and any of the other laws given by God. Exodus 25-31 are not just a blueprint for a building, they are a blueprint for the Gospel.

We could easily spend a year studying the significance of the tabernacle in God’s redemptive plan but my hope is that today’s post gives you a desire to dig in more on your own. For now, I want to show you seven features about the tabernacle and what they mean for identifying who the Messiah is and what his role would be in God’s grand story. Keep in mind, as we go through these seven things, that the objective of the tabernacle was for the people to be in God’s presence.

For God did not send his Son into the world to condemn the world, but to save the world through him.

Take heart brothers and sisters. God’s desire for you has always been to save you because He loves you with an endless love. And through the Messiah, Yeshua, He has made a way for us all.