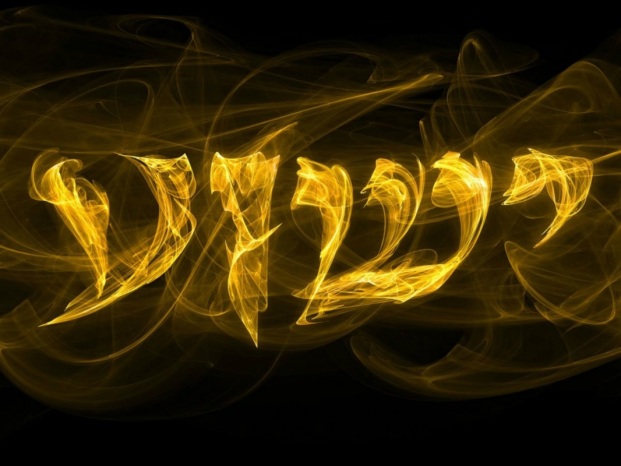 One of the most convincing arguments is DNA. It has been a cornerstone to our legal system for nearly 40 years. It’s revolutionized our understanding of history and relationships. There are programs now that can take a strand of our hair, or a drop of our blood, and trace our roots back to all corners of the globe. It’s absolutely incredible that we can know exactly where we came from because knowing where a person came from says a lot about them. The Messiah is no different. There are many passages throughout the Bible that establish very specific guidelines for the origins of God’s anointed one. This post will cover three of those which appear in the book of Genesis.

The above scene takes place following the great flood of the earth. Trouble has already begun to surface and Noah is pronouncing prophecy in response. The Lord is described here as the God of Shem and descendants of Shem’s brothers will either be welcomed in (made a part of) or become servants of his. The Bible has done us a huge favor here because it would go on to trace the lineage of Yeshua all the way back to Shem. That’s thousands of years of precise calculation between Shem and Jesus. A breakdown is provided for us in Luke 3:23-36. Another cool aspect of this lineage is how you can spot certain people in there and then go back through the Bible and read their stories. People like King David, Zerubbabel, and Abraham.

However, there is far more than just lineage in these verses from Genesis. It says that some of the descendants of Shem’s brothers will dwell in his tent. This essentially means they will become one family down the line. The problem existed though, when over the course of thousands of years Shem’s descendants became the people of Israel, and Japheth and Canaan’s line became gentiles. Anyone who has read the Bible knows that those two group had a major rift between them. But not after Jesus came Earth! A careful read of the book of Ephesians (yes, all of it) paints a clear picture of the effect of the life, death, and resurrection of Jesus Christ. It describes how the separation was torn down by the Messiah’s sacrifice. Gentiles have been “grafted in” to the line of Shem, to Israel, because of the sacrifice made by The One from Shem’s lineage, Yeshua the Messiah.

#2- The Lineage of Abraham

Now the Lord said to Abram, “Go from your country and your kindred and your father’s house to the land that I will show you. And I will make of you a great nation, and I will bless you and make your name great, so that you will be a blessing. I will bless those who bless you, and him who dishonors you I will curse, and in you all the families of the earth shall be blessed.

There are a couple more verses (22:18 and 28:14) similar to this in later chapters, both of which are God reasserting His promise and blessing to the line of Abraham. The nation being discussed here is not what people would most likely connect. The ‘great nation’ are all of those who become Children of God through faith in the Messiah, who comes from Abraham’s line. Thousands of years later, the Apostle Peter would stand before a crowd of thousands in Jerusalem, and pronounce that the blessing of Abraham’s line had come. He was speaking of Jesus, who had died and been raised from the dead and seen by over 500 people.

Know then that it is those of faith who are the sons of Abraham. And the Scripture, foreseeing that God would justify the Gentiles by faith, preached the gospel beforehand to Abraham, saying, “In you shall all the nations be blessed.” So then, those who are of faith are blessed along with Abraham, the man of faith.

The Apostle Paul spoke these words to the church in Galatia to remind them of the sufficiency of Christ. That their faith in Him made them sons of Abraham. Jesus is the means by which God is blessing the great nation that fills the Earth, both Jew and Gentile. Just like in Shem’s lineage prophecy, the two have become one in Jesus. The great nation of blessing is not according to ethnicity or geography, it’s according to faith. It knows no borders. And people from all corners of the world are being blessed with salvation and hope and life because of Yeshua.

#3- The Lineage of Judah

The scepter shall not depart from Judah, nor the ruler’s staff from between his feet,
until tribute comes to him; and to him shall be the obedience of the peoples.

Not only is the Messiah in the line of Shem and Abraham, but also of Judah. Judah was one of Abraham’s great-grandchildren. In the verse above, Jacob (Judah’s father), is speaking a blessing over his son. The blessing turns out to be very prophetic. Take the scepter as an example. This is a symbol of power and authority which should have been his older brother’s birthright, not his. But Judah’s older brothers forfeited that right through actions that we can read about in the preceding chapters of Genesis. The right of authority then passed to Judah. Guess who is a descendant of Judah. Jesus. And the obedience of the people of faith belongs to Him.

I am the good shepherd. I know my own and my own know me, just as the Father knows me and I know the Father; and I lay down my life for the sheep. And I have other sheep that are not of this fold. I must bring them also, and they will listen to my voice. So there will be one flock, one shepherd. For this reason the Father loves me, because I lay down my life that I may take it up again. No one takes it from me, but I lay it down of my own accord. I have authority to lay it down, and I have authority to take it up again. This charge I have received from my Father.”

Jesus was anointed to live, lead, and lay down His life for the world. Through that anointing, He also had the power to raise Himself to life and received the name above all other names.

Let each of you look not only to his own interests, but also to the interests of others.Have this mind among yourselves, which is yours in Christ Jesus,who, though he was in the form of God, did not count equality with God a thing to be grasped, but emptied himself, by taking the form of a servant, being born in the likeness of men.And being found in human form, he humbled himself by becoming obedient to the point of death, even death on a cross.Therefore God has highly exalted him and bestowed on him the name that is above every name,so that at the name of Jesus every knee should bow, in heaven and on earth and under the earth,and every tongue confess that Jesus Christ is Lord, to the glory of God the Father.

The more specific we get in terms of lineage, the more difficult it is to meet the criteria of the Messiah. That is one of many reasons why the Bible is sure to lay out specifics like this in order to remove confusion and fraudulent claims. Just as God’s response to our mistakes was immediate and precise, so too is the groundwork He laid for us to be able to recognize who that Redeemer was. The line to Jesus was determined from the very beginning and God often used people, such as Noah and Jacob, to announce the specific course it would take. One thing we can take from this is that our God is a planning God. That plan is good and was set forth from the beginning. Through His sovereignty, the plan has carried on from generation to generation for thousands of years.  A plan that was meant to save and to bless the world…to save and bless you through Yeshua the Messiah.

Peace in Christ brothers and sisters